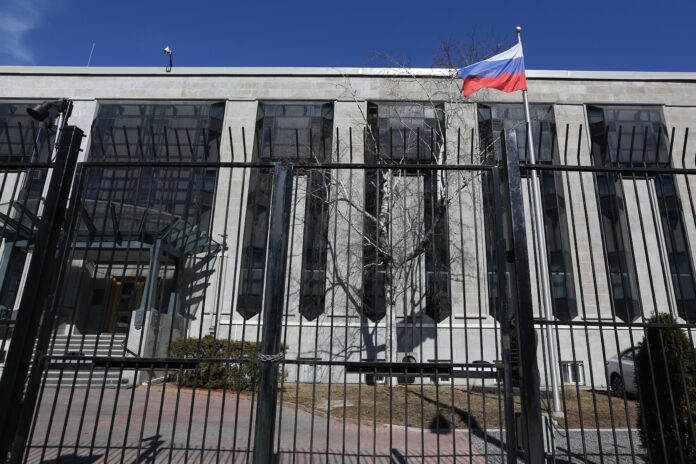 The RCMP is investigating an alleged attack on the Russian embassy in Ottawa.

The force’s national division, which is responsible for protecting foreign diplomatic properties, says members have attended the embassy to obtain relevant information.

The Mounties don’t say when their investigation began, but Russia’s ambassador to Canada says someone threw a Molotov cocktail at the embassy earlier this month.

The Russian Embassy in Canada tweeted Tuesday morning what they say is CCTV footage of the alleged attack.

Oleg Stepanov says the device didn’t ignite, and no one was hurt.

Russia’s foreign ministry summoned Canada’s ambassador yesterday to register its frustration with the police response to the alleged incident.

Moscow also claims police have turned a blind eye to what it calls “aggressive demonstrators” blocking public access to the embassy’s consular section.

A spokesman for the foreign affairs minister says Melanie Joly’s office is closely following the issue.