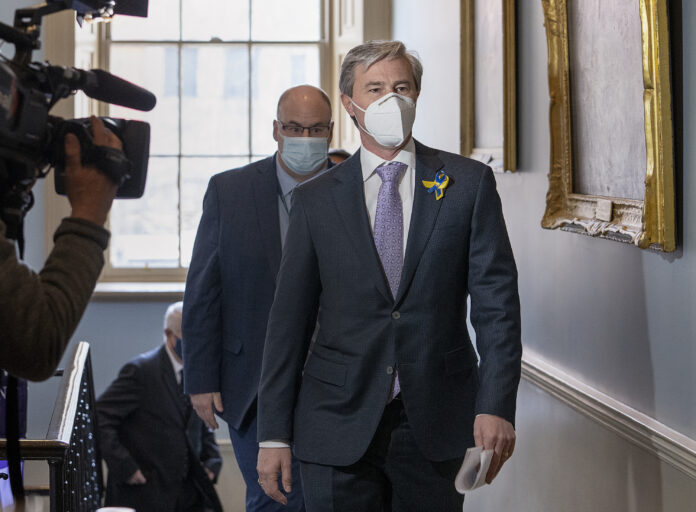 A Nova Scotian woman is trying to collect personal donations that could help a Ukrainian family who is set to arrive in the province next month.

Polina Kogan, a Halifax resident, connected with another community member on Facebook who is welcoming a mother and her two sons.

“They lost everything,” Kogan says. “I’m trying to gather some toys for the kids, clothes, some furniture, things like that.”

Kogan, who was born in Kazakhstan, says it’s been heartbreaking to watch the war unfold.

But when the family does arrive, she hopes to help with translation and documentation, knowing how devastating the impacts of war can be.

“I’m Jewish, so my family lost everything in World War II, and a lot of people died in the Holocaust, and I really feel like history repeats itself.”

War in Ukraine is reaching a stalemate, experts say. Here’s what that could mean

That’s what led her to assist in any way she could.

The Nova Scotia branch of the Ukrainian Canadian Congress was welcomed to the provincial legislature this week, thanking Nova Scotians for being willing to help.

The province previously announced it would donate $100,000 to the Canada-Ukraine Foundation.

Premier Tim Houston says there are around 9,000 Ukrainian Nova Scotians who can hopefully help welcome those fleeing the war-torn country.

“Their arms are open, they know that the province is very supportive of people moving to Nova Scotia and fleeing this terrible tragedy,” he told reporters.

N.S. fisherman trapped by Russian shelling as he attempts to ferry refugees to safety

Asked if hundreds or thousands could relocate to the Maritime province, Houston responded, “I hope it’s in the thousands.”

But financial and logistical challenges remain.

“Many questions around this, it’s child care, how to transfer to get a flight to Canada,” Mereschuk said.

And despite Ottawa’s promise to expedite visa approvals, he says fingerprinting has slowed the process for some.

Mereschuk hopes the visa program can be expanded to help more in need.