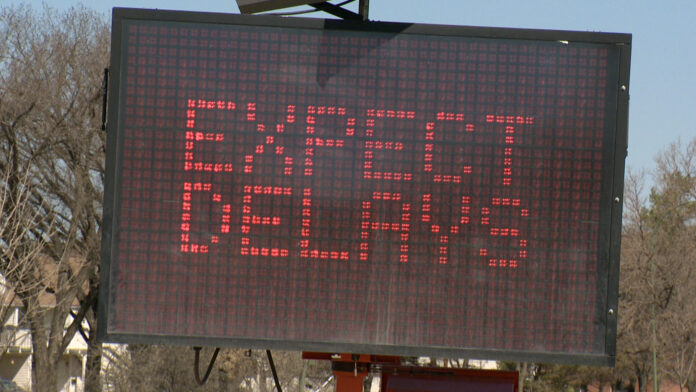 Work on Regina’s newest construction project, the Arcola Avenue sewer trunk renewal project in the southeast corner of the city, kicked off on Monday.

The $3.6-million project is underway between Arcola Avenue, Apple Grove Drive and Houston Road. Regina residents can expect traffic restrictions in the area for the next six to seven weeks.

“One of the things we were asked, and figured out a way, is to put the pipes through the culverts underneath Prince of Wales Drive,” said Allison Han, the City of Regina senior engineer.

“So what that means is that the bypass doesn’t affect traffic on Prince of Wales Drive at all.”

Arcola Avenue is the latest of several projects underway throughout the city. Living in Saskatchewan, we like to prepare ourselves for two distinct seasons: winter and construction.

And while winter isn’t on the way just yet, construction season has been in full force all summer long and continues into the fall.

In 2022, the City of Regina is spending $118 million on transportation, water, wastewater and drainage infrastructure.

Some major projects have already begun, including the McCarthy infrastructure improvement project, the North Central drainage project, the Albert Street Rehabilitation project and construction on the Winnipeg Street overpass.

SGI to introduce tougher penalties for street racing and stunting

Regina said it factors in any disruptions that could interfere with a construction project’s timeline to come up with an expected end result date, including supplies, workers and even weather.

“We work with external companies to complete that work and as part of that work, we ensure that we are building in the various scope and scale of those projects and identifying timelines in which we would like the work to be completed,” said Chris Warren, the city of Regina’s director of roadways and transfers.

Warren said sewer relining is a more cost-effect way to renew these pipes as it is about a third of the cost it would be to fully dig up and replace the old pipes.

The project is expected to renew and maintain Regina’s sewer main networks for at least another 50 years.