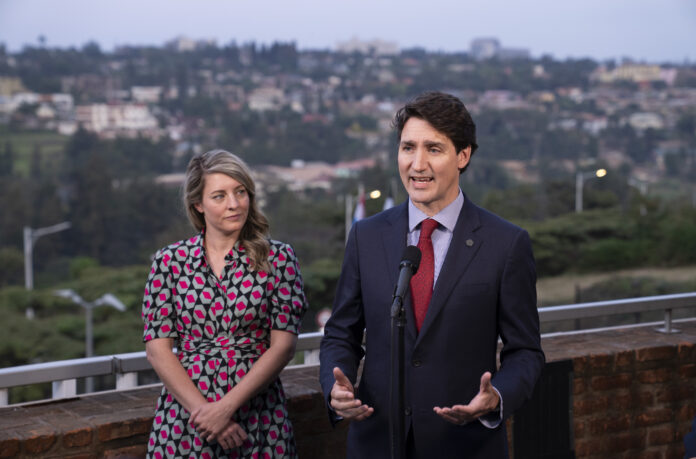 Prime Minister Justin Trudeau is blaming Russia for the skyrocketing energy and food prices that have left millions of people in Africa and other parts of the world struggling to feed themselves.

Trudeau levelled the accusation as he announced $250 million in new funding for the World Food Program on the sidelines of a major international meeting in Rwanda on Thursday.

The prime minister is hoping to build opposition to Russia’s invasion of Ukraine at the Commonwealth summit, which has brought together leaders from 54 countries with historic ties to the British Crown.

While 10 of those countries abstained from a UN vote in March condemning Russia’s attack, several of the poorer members are now feeling pangs of hunger as the war has disrupted grain exports to Africa.

Trudeau says the new Canadian funding is on top of roughly $500 million that Canada has already donated since January to help address food insecurity in the developing world.

Rwanda is the first stop in a three-country tour for the prime minister that will also include attending the G7 in Germany and a NATO summit in Spain, both of which will involve a heavy focus on Russia and Ukraine.