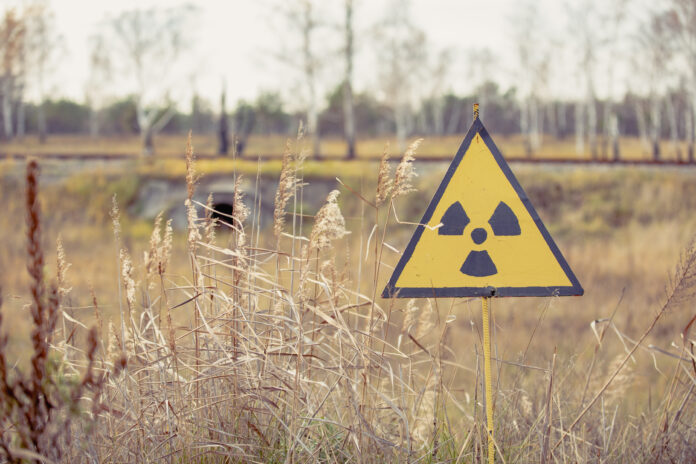 Russian soldiers who seized the site of the Chornobyl nuclear disaster drove their armored vehicles without radiation protection through a highly toxic zone called the “Red Forest,” kicking up clouds of radioactive dust, workers at the site said.

The two sources said soldiers in the convoy did not use any anti-radiation gear. The second Chornobyl employee said that was “suicidal” for the soldiers because the radioactive dust they inhaled was likely to cause internal radiation in their bodies.

Ukraine’s state nuclear inspectorate said on Feb. 25 there had been an increase in radiation levels at Chornobyl as a result of heavy military vehicles disturbing the soil. But until now details of what happened had not emerged.

The two Ukrainian workers who spoke to Reuters were on duty when Russian tanks entered Chornobyl on Feb. 24 and took control of the site, where staff are still responsible for the safe storage of spent nuclear fuel and supervising the concrete-encased remains of the reactor that blew up in 1986.

Both men said they witnessed Russian tanks and other armoured vehicles moving through the Red Forest, which is the most radioactively contaminated part of the zone around Chornobyl — around 100 kilometres (65 miles) north of Kyiv.

The regular soldiers had not heard about the explosion, they said.

The rusty emblem of the Soviet Union is seen on the roof of an apartment building in the ghost town of Pripyat close to the Chornobyl nuclear plant, Ukraine, on April 15, 2021.

Asked to comment on the accounts from Chornobyl staff, Russia’s defense ministry did not respond.

The Russian military said after capturing the plant that radiation was within normal levels and their actions prevented possible “nuclear provocations” by Ukrainian nationalists. Russia has previously denied its forces have put nuclear facilities in Ukraine at risk.

The site got its name when dozens of square kilometres of pine trees turned red after absorbing radiation from the 1986 explosion, one of the world’s worst nuclear disasters.

A vast area around Chornobyl is off limits to anyone who does not work there or have special permission, but the Red Forest is considered so highly contaminated that even the nuclear plant workers are not allowed to go there.

The Russian military convoy went through the zone, the two employees said. One of them said it used an abandoned road.

6:22B.C. man volunteering in Ukraine says fighting there has intensified

“A big convoy of military vehicles drove along a road right behind our facility and this road goes past the Red Forest,” said one of the sources.

Canada must slash emissions by 40 per cent to hit new 2030 targets: minister

“The convoy kicked up a big column of dust. Many radiation safety sensors showed exceeded levels,” he said.

Valery Seida, acting general director of the Chornobyl plant, was not there at the time and did not witness the Russian convoy going into the Red Forest, but he said he was told by witnesses that Russian military vehicles could have passed the Red Forest.

“Nobody goes there … for God’s sake. There is no one there,” Seida told Reuters.

He said workers at the plant told the Russian service personnel they should be cautious about radiation, but he knew of no evidence that they paid attention.

“They drove wherever they needed to,” Seida said.

After the Russian troops arrived, the two plant employees worked for almost a month along colleagues until they were allowed to go home last week, when Russian commanders allowed replacements to be sent in.

Reuters could not independently verify their accounts.

They were interviewed by phone on Friday on condition of anonymity because they feared for their safety. The next day Russian forces seized the town Slavutych near Chornobyl, where most plant workers live.

Seida and the mayor of Slavutych said on Monday that Russian forces had left the town.

Reuters was not able to independently establish what the radiation levels were for people in the immediate proximity of the Russian convoy that entered the Red Forest.

Ukraine’s State Agency of Management the Exclusion Zone said on Feb. 27 that the last record it had on a sensor near nuclear waste storage facilities, before it lost control over the monitoring system, showed that the absorbed dose of radiation was seven times higher than normal.

The National Guard soldiers take part in tactical exercises, which are conducted by the Ukrainian National Guard, Armed Forces, special operations units and simulate a crisis situation in an urban settlement, in the abandoned city of Pripyat near the Chornobyl Nuclear Power Plant, Ukraine, Friday, Feb. 4, 2022.

The International Atomic Energy Agency (IAEA) said on Feb. 25 that radiation levels at the Chornobyl site reached 9.46 microsieverts per hour but remained “within an operating range” recorded in the exclusion zone from the moment of its creation and posed no threat to the general population.

On March 9, the IAEA said it stopped receiving monitoring data from the Chornobyl site. It gave no response on Monday to the workers’ allegations.

The Chornobyl exclusion zone is still considered by Ukrainian authorities to be dangerous. Entering the disaster site without permission is a crime under Ukrainian law.

In the weeks the two plant employees were sharing the complex with Russian troops, they also said they saw none of them using any gear that would protect them from radiation.

Specialists from the Russian military who are trained in dealing with radiation did not arrive at the site until about a week after Russian troops arrived, the workers said. They said the Russian specialists did not wear protective gear either.

One of the employees said he had spoken to some of the rank-and-file Russian soldiers at the plant.

“When they were asked if they knew about the 1986 catastrophe, the explosion of the fourth block (of the Chornobyl plant), they did not have a clue. They had no idea what kind of a facility they were at,” he said.

“We talked to regular soldiers. All we heard from them was ‘It’s critically important infrastructure’. That was it,” the man said.