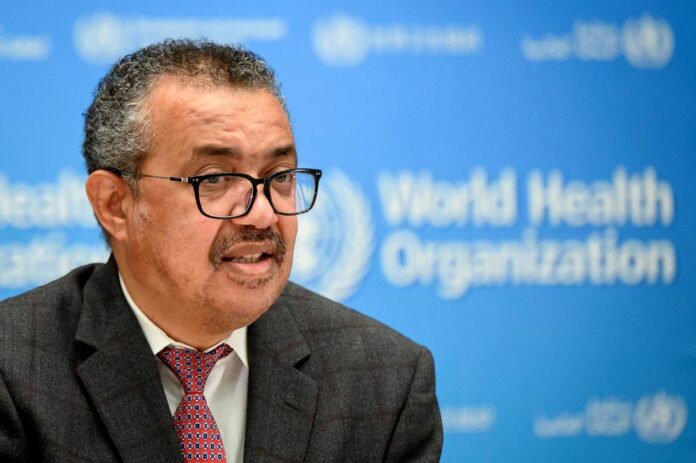 Ukraine, backed by dozens of other countries, has written to the World Health Organization‘s regional chief calling for an urgent meeting on the impact of Russia’s invasion on health and healthcare, a letter obtained by Reuters on Friday showed.

The letter, sent this week by Ukraine’s diplomatic mission in Geneva, Switzerland, where the WHO is headquartered, is signed by some 38 other members of the agency’s European region, including France, Germany and Britain.

Addressed to Europe regional director Hans Kluge, it urged him to convene a meeting “no later than 9 May” and referred to attacks on health facilities, disrupted vaccination campaigns and concerns about the risk of radiological and chemical events.

The letter also suggested that Director-General Tedros Adhanom Ghebreyesus address the matter at a meeting of the World Health Assembly in May, when the body’s 194 member states are set to decide on key reforms to prepare for future pandemics.

1:39Ukrainian hospitals, ambulances targeted in at least 18 attacks: WHO

Ukrainian hospitals, ambulances targeted in at least 18 attacks: WHO – Mar 9, 2022

The WHO did not immediately respond to a request for comment. Reuters is also seeking comment from Russia, which is one of 53 members of the WHO’s European region.

Russia calls its actions in Ukraine a “special operation” to disarm Ukraine and protect it from fascists. Ukraine and the West say the fascist allegation is baseless and that the war is an unprovoked act of aggression.

The WHO has recorded some 177 attacks on healthcare facilities and infrastructure in Ukraine resulting in 73 deaths since the start of Russia’s invasion on Feb. 24, without assigning responsibility.

“These attacks deprive people of urgently needed care, endanger healthcare providers, and undermine health systems,” the WHO said in a report on Ukraine on Thursday.

In the same report it said the health system in hard-hit eastern Ukraine had collapsed, adding that nearly all clinics and hospitals in the Luhansk region were damaged or destroyed.