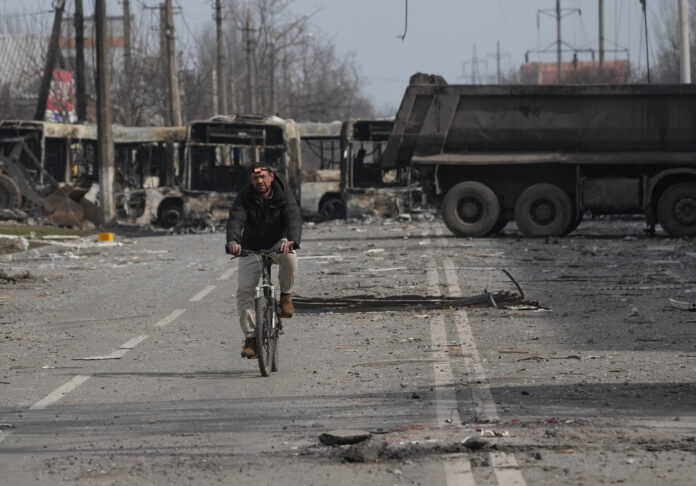 The United Nations chief says he is launching an immediate effort to explore possible arrangements for “a humanitarian cease-fire in Ukraine.”

Secretary-General Antonio Guterres said Monday he used his “good offices” to ask Martin Griffiths, the head of the UN’s worldwide humanitarian operations, to explore the possibility of a cease-fire with Russia and Ukraine.

He told reporters he is appealing for “an immediate humanitarian cease-fire to allow for progress in serious political negotiations, aimed at reaching a peace agreement.”

Guterres said that since Russia’s invasion of Ukraine on Feb. 24, there has been a “senseless loss of thousands of lives,” displacement of 10 million people, systematic destruction homes, schools and hospitals and other essential infrastructure, “and skyrocketing food and energy prices worldwide.”

A cessation of hostilities will allow humanitarian aid to be delivered and people to move safely, the secretary-general said, and “it will save lives, prevent suffering, and protect civilians.”

“I strongly appeal to the parties to this conflict, and to the international community as a whole, to work with us for peace in solidarity with the people of Ukraine and across the world,” the UN chief said.