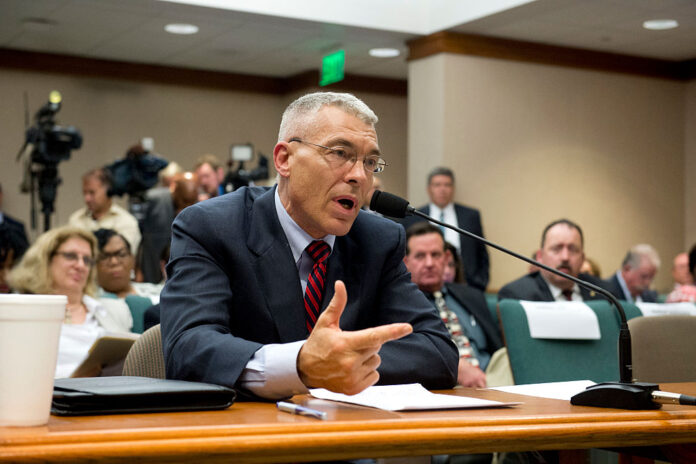 A top law enforcement official from Texas gave a scathing critique of the police response to the mass shooting at Robb Elementary School in Uvalde during a Texas senate committee hearing on Tuesday.

Steve McCraw, director of the Texas Department of Public Safety, told state officials that within three minutes of when the shooting began, there were enough police officers at the scene to stop the shooting.

“Three minutes after the subject entered the west building, there was a sufficient number of armed officers wearing body armour to isolate, distract and neutralize the subject,” McCraw said, as reported by the BBC.

Instead, officers waited more than an hour to breach the classroom door where the gunman was still actively shooting victims.

McCraw slammed the police response to the shooting as an “abject failure,” adding that their response was “antithetical” to the lessons that law enforcement had learned about active shooters since the mass shooting at Columbine High School in 1999.

McCraw was particularly critical of the on-scene commander at Robb Elementary, school district police Chief Pete Arredondo, for waiting so long to confront the shooter, saying he “waited for radio and rifles, and he waited for shields and he waited for SWAT” before breaching Room 111.

The attack at Robb Elementary School is the deadliest school shooting in the U.S. in nearly a decade, and for three days police offered a confusing and sometimes contradictory timeline that drew public anger and frustration.

By Friday, authorities acknowledged that students and teachers repeatedly begged 911 operators for help while the police chief told more than a dozen officers to wait in a hallway. Officials said he believed that the suspect was barricaded inside adjoining classrooms and that there was no longer an active attack.

The chief’s decision — and the officers’ apparent willingness to follow his directives against established active-shooter protocols — prompted questions about whether more lives were lost because officers did not act faster to stop the gunman, and who should be held responsible.

The officials spoke on condition of anonymity because they had not been authorized to talk publicly about the investigation.

One of the officials said audio recordings from the scene capture officers from other agencies telling the school police chief that the shooter was still active and that the priority was to stop him. But it wasn’t clear why the school chief ignored their warnings.

In early June, Arredondo said he was talking daily with investigators from the Texas Department of Public Safety, contradicting claims from state law enforcement that he had stopped co-operating.

— with files from The Associated Press

2:02Thousands across the U.S. march to demand changes to gun laws