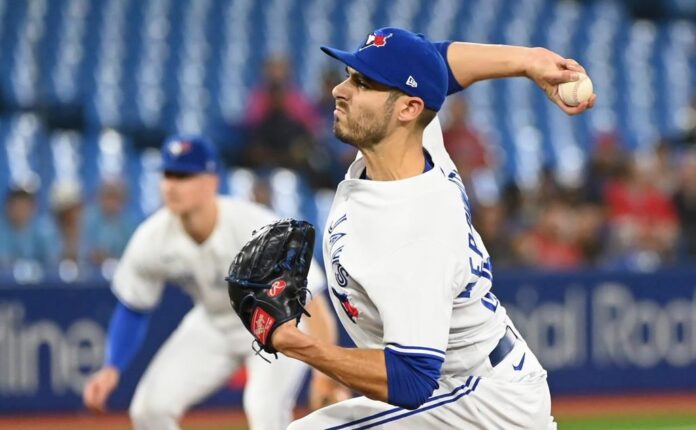 Merryweather’s demotion came a day after he gave up five earned runs over two-thirds of an inning in an 18-11 win over Philadelphia, hiking his earned-run average to 6.75.

The 30-year-old right-hander spent 12 weeks on the injured list with a left abdominal strain before his activation on Sept. 5.

Merryweather was 0-3 in 26 appearances with Toronto this season. Opponents hit for a .292 average against him.

Griffin, 27, was acquired in a trade with the Kansas City Royals last July. He was 6-0 with a 2.01 ERA over 37 Triple-A appearances with Buffalo and Omaha this year.

The Blue Jays were scheduled to close out a two-game miniseries against the Phillies on Wednesday night.

Toronto (84-64) is in second place in the American League East division standings and holds the first of three AL wild-card positions.

Entering Wednesday’s games, the Blue Jays were two games ahead of the Tampa Bay Rays and 2 1/2 games up on the Seattle Mariners.

The New York Yankees were 5 1/2 games ahead of second-place Toronto in the divisional race.

This report by The Canadian Press was first published Sept. 21, 2022.