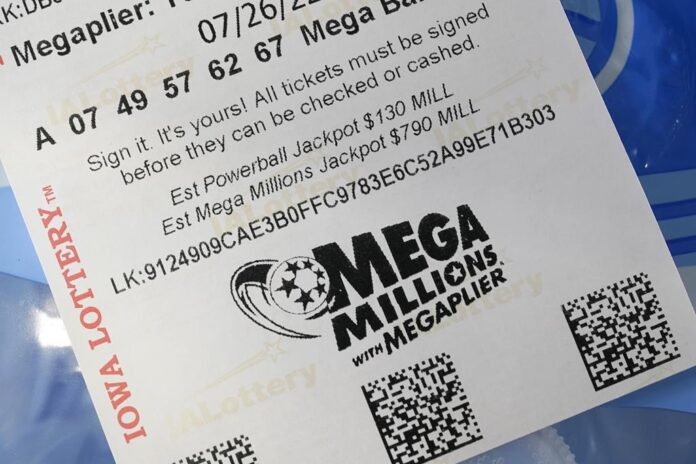 The third-largest lottery prize in the history of the United States will be split by two people who wish to remain anonymous, lottery officials said Wednesday.

The Illinois Lottery announced that the US$1.337 billion (around CAD$1.7 billion) Mega Millions jackpot was claimed by two individuals with a single winning lottery ticket. The two had agreed to split the prize if they won.

The record-setting prize purse had swollen to that amount because it took 29 consecutive draws for a single ticket to match the game’s six selected numbers. On the July 29 draw, a winning ticket was finally found. The winning numbers were: 13-36-45-57-67, Mega Ball: 14.

Yes, Canadians can enter the US$1.1 billion Mega Millions lottery. Here’s how

Mega Millions winners can opt to take the full amount, paid annually over 29 years, but most choose the cash option which pays out immediately. Lottery officials confirmed that the two winners had chosen the lump-sum payment, which, for this prize amount, totalled around $780.5 million.

If split equally, each winner will be taking home around $390.3 million.

The Illinois Lottery said it was unable to share any information about the winners except to say that they must be absolutely “over the moon” with their Mega Millions jackpot. Not every state allows lottery winners to stay anonymous, but it is permitted in Illinois.

The winning ticket was purchased in the Chicago suburb of Des Plaines, having been bought at the end of July at a Speedway gas station and convenience store. The lottery said the two people have spent the past few weeks working with professional legal and financial advisors to support the claim process.

“These winners are now in the enviable position of deciding what to do with their newfound fortune,” said Illinois Lottery Director Harold Mays.

Mega Millions winners have a year from the draw date to claim their jackpot and must decide within 60 days if they want the money in a lump sum or in annual payments. The holder or holders of the winning ticket aren’t the only ones who benefit from the Mega Millions; the location where the winning ticket is purchased also receives a bonus of $500,000.

In total, retailers in Illinois who sold lottery tickets generated a combined $3.75 million in commission and bonuses.

At the busiest point of the frenzy to buy Mega Millions tickets in July, Illinois retailers were selling 79 tickets per second, according to the Illinois Lottery.

1:03Winner has not yet come forward to claim US$1.3B Mega Millions jackpot: official