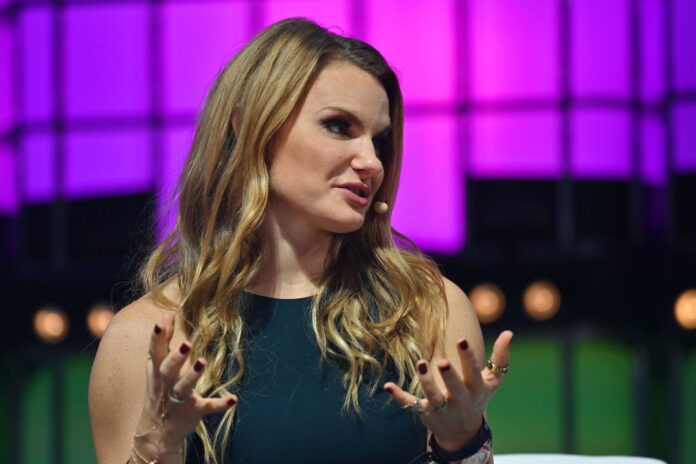 The Elevate technology conference made its return to Toronto this week with a buzzy spectacle — shutting down several blocks of the Esplanade neighbourhood for a block party with performances from artists like rapper Haviah Mighty and scheduling more than 350 speakers, including tennis star Venus Williams, to grace its three venues by the time it wraps Thursday evening.

But the annual festival’s reappearance after a two-year, pandemic hiatus is coming at a less than grand time for the industry. A slew of startups and tech giants as prominent as Netflix, Shopify and Wealthsimple have slashed their workforces as the sector grapples with fading investor exuberance and a potential recession.

That meant how to navigate the economic headwinds — and predictions about how long they will last — were hot topics on the Elevate stages.

2:01Hootsuite and Shopify lay off thousands of employees

Hootsuite and Shopify lay off thousands of employees – Aug 9, 2022

“Tech has seen the first kind of bump in this road and it could get a whole lot worse.”

Her e-commerce investing company Clearco has not been immune to the industry’s troubles. It laid off 60 employees last month as it handed off its international business, a month after cutting 25 per cent of its workforce.

The company anticipated a lot of international growth that no longer made sense in the current economy and it eventually cut “experimental” projects, which Romanow said was “devastating.”

She’s since been outlining a new business plan for employees and reminding them that she cannot promise it will go perfectly according to that plan.

“Being an entrepreneur is an extremely hard job. It is largely masochistic, even when the sun is shining and so when it starts raining, and we go into cloudier economic conditions, this is a very difficult thing,” she said.

“This is just the beginning,” he said, as Elevate kicked off on Tuesday. “Not to create this over the top scare narrative, but I think for sure they’re going to see a lot more layoffs.”

How to rebound from a layoff in Canadian tech: ‘Control your narrative’

Labour data aggregator Layoffs.fyi counts 630 startups worldwide which have let go of 80,902 employees this year alone. About 1,193 startups have laid off 176,874 workers since the pandemic began.

Workers watching these cuts unfold and being affected by them are now getting acquainted with the fact that “the world won’t be the way it was,” when companies were hiring “ridiculous” numbers of staff members in a short period of time, Snobar said.

But these workers are still needed.

A 2019 report from the Information and Communications Technology Council, a not-for-profit organization offering labour policy advice, predicted demand for digitally-skilled talent in Canada would reach 193,000 by 2022 and more than 305,000 by 2023.

A 2020 addendum accounting for COVID-19 forecast that demand would be reduced by nearly 24 per cent and said under new baseline scenarios, the digital economy is expected to experience demand for 147,000 workers by 2022, with total employment reaching nearly two million.

Banks, insurance companies and even retailers are embarking on hiring sprees as they delve deeper into artificial intelligence, apps and other software to advance their operations and cope with labour shortages.

“I don’t think you’ll be looking at a Gotham story, like the clouds have come in and we have got to be very careful and everybody’s hiding for a bit,” said Snobar. “We’re going to get over this thing.”

Lisa Zarzeczny, Elevate’s chief executive and co-founder, agrees. It’s part of why she was intentional about booking speakers who were willing to talk about the harsh realities facing tech and share tips on how to move forward.

“We don’t want to gloss over it,” she said. “We think there’s an opportunity to learn, and so across all of our stages, we’re asking some hard questions.”

On top of Romanow’s session, Elevate had scheduled Wealthsimple founder Mike Katchen and Properly CEO Anshul Ruparell to explore how to grow a business amid headwinds and Rangle.io CEO Nick Van Weerdenburg leading a talk called “Hedgehogging and outfoxing: The psychology of leveraging uncertainty.”