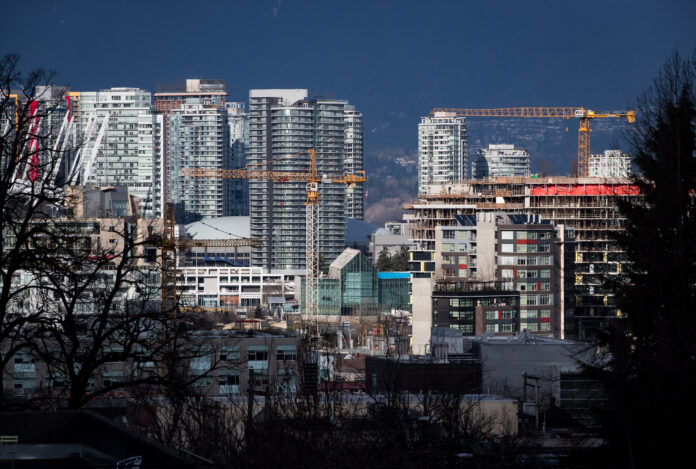 These are the things that most Canadians associate with planet-warming emissions.

But buildings? Not so much – even though the homes, offices and shopping malls where we spend so much time produce huge amounts of pollution from oil or natural gas that is burned to power boilers, water heaters and furnaces.

In fact, buildings are the third largest source of emissions in Canada after transportation (cars and trucks) and the oil and gas sector.

In 2020, all the buildings in Canada combined (including homes) produced 87.8 megatonnes of carbon dioxide. That’s the equivalent of about 19 million gasoline-powered cars driving for a year, according to the U.S. Environmental Protection Agency’s greenhouse gas calculator.

These heat-pump powered electric boilers will be manufactured by Small Planet Supply in Richmond, BC to take advantage of the sustainable building boom that’s expected in Canada.

Those machines – which do not rely on burning fossil fuel to heat water – will soon be manufactured in Richmond, just south of Vancouver. Each unit can produce hot water for as many as 50 units in a condo building.

Rooks says he’s investing in B.C. because the province is “absolutely” a leader in North America when it comes to zero-carbon buildings. And this, he says, “is growing by leaps and bounds every day.”

Not all solutions involve technology or expensive retrofits.

Susan MacDougall, a principal at Focal Engineering, a Victoria-based company that works to improve energy use, says something as basic as the positioning of the windows in an apartment can have a huge impact on climate adaptation.

What can a ‘sponge’ teach us about building resilient cities? Turns out, a lot

“We really do try to think about how we can adopt from nature,” MacDougall, says of the work that her firm does. This can include something as simple as designing for wind flow, “so that you’re orienting the windows so that people can have natural ventilation to cool their space off when they need it.”