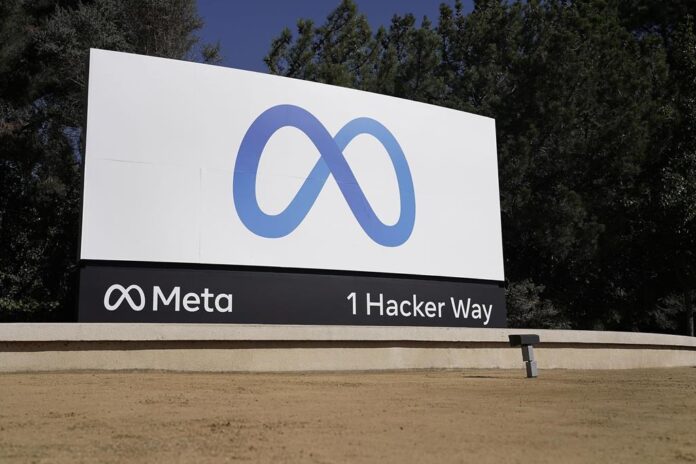 Meta, the parent company of Facebook and Instagram, posted its first revenue decline in history Thursday, dragged down by a drop in ad spending as the economy falters —— and as competition from rival TikTok intensifies.

The results largely followed a broader decline in the digital advertising market that is dinging Meta rivals such as Google, Twitter _ which also posted a revenue decline — and Snap. Google’s parent company Alphabet reported its slowest quarterly growth in two years on Tuesday.

CEO Mark Zuckerberg said Meta is slowing its pace of investments and plans to “steadily reduce” employee growth after a hiring blitz earlier this year.

“This is a period that demands more intensity,” he said in a conference call with analysts. “Expect us to get more done with fewer resources.”

Beyond the economic downturn, Meta faces some unique challenges, including the looming departure of its chief operating officer Sheryl Sandberg, the chief architect of the company’s massive advertising business.

In addition to TikTok, the decline in ad spending among the downturn and Apple’s privacy changes, “questions about Meta’s leadership” — including Sandberg’s exit and negative sentiment about the company as a whole — also contributed to the decline, said Raj Shah, a managing partner at digital consultancy Publicis Sapient.

Analysts, on average, were expecting earnings of $2.54 per share on revenue of $28.91 billion, according to a poll by FactSet.

“The year-over-year drop in quarterly revenue signifies just how quickly Meta’s business has deteriorated,” said Insider Intelligence analyst Debra Aho Williamson in an email. “Prior to these results, we had forecasted that Meta’s worldwide ad revenue would increase 12.4% this year, to nearly $130 billion. Now, it’s unlikely to reach that figure.”

She added that the good news — if it could be called that — is that Meta’s competitors are also experiencing slowdowns.

Meta is in the midst of a corporate transformation that it says will take years to complete. It wants to evolve from a provider of social platforms to a dominant power in a nascent virtual reality construct it calls the “metaverse” — sort of like the internet brought to life, or at least rendered in 3D. CEO Mark Zuckerberg has described it as an immersive virtual environment, a place people can virtually “enter” rather than just staring at a screen. The company is investing billions in its metaverse plans that will likely take years to pay off — and as part of its plan renamed itself Meta last fall.

“Expect Meta’s decline to continue until Meta can monetize the metaverse, and begin another Meta-reverse,” Shah said.

Meta forecasts revenue of $26 billion to $28.5 billion for the current quarter, which is below Wall Street’s expectations.

“This outlook reflects a continuation of the weak advertising demand environment we experienced throughout the second quarter, which we believe is being driven by broader macroeconomic uncertainty,” finance chief David Wehner said in a statement. Meta said Wehner is being promoted to chief strategy officer, where he will oversee the company’s strategy and corporate development. Susan Li, currently vice president of finance, will replace him as CFO.