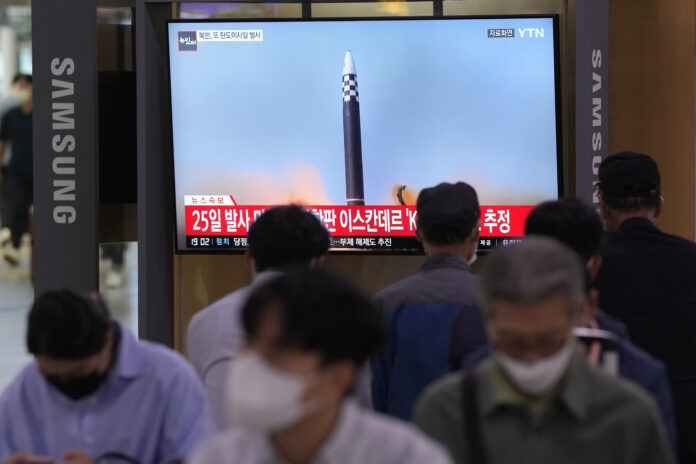 The Pentagon on Tuesday reported that Russia is seeking ammunition from North Korea. Pentagon Press Secretary Brig. Gen. Pat Ryder said the move was indicative of Russia’s challenges in sustaining its invasion of Ukraine, which Moscow has called a “special military operation.” – Sep 6, 2022

Japan‘s NHK national television said multiple missiles fired from the North are believed to have landed in the Sea of Japan and outside of Japan’s exclusive economic zone.

North Korea has significantly advanced its missile technology in recent years and has a variety of nuclear-capable missiles that place both the United states and its allies South Korea and Japan within striking distance.

This year, North Korea performed missile tests more than 20 times, a record number, as it refuses to resume long-stalled nuclear talks with the United States.

The North also has been pushing to advance its ability to fire missiles from submarines. South Korean officials said recently that they had detected signs that North Korea was preparing to test-fire a missile from a submarine.